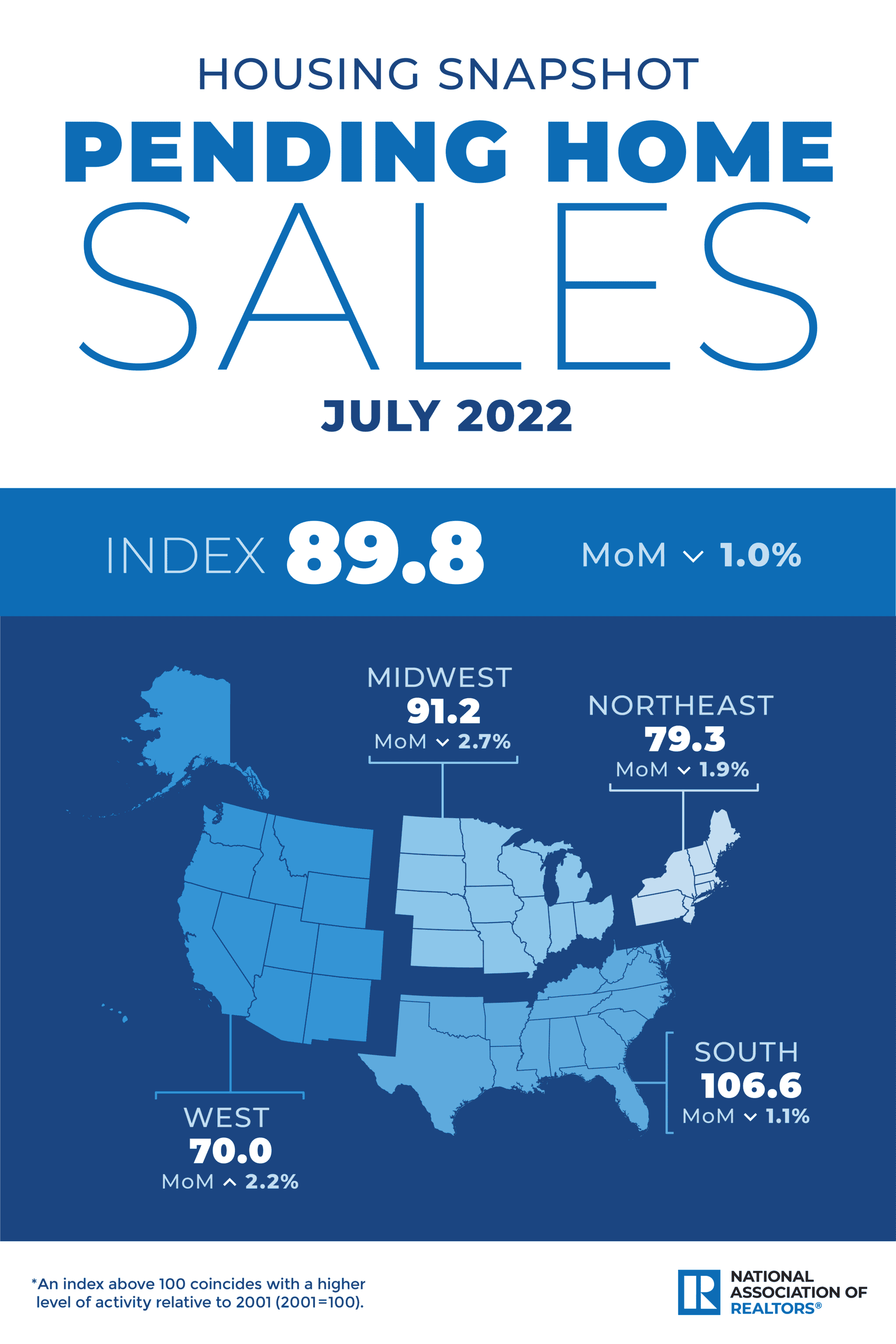 Pending-home sales fell for the second month in a row in July, posting a slight 1% decline on top of June’s 8.6% drop, the National Association of REALTORS® reported, citing its Pending Home Sales Index.

Year over year, sales were down 19.9%. Pending sales, in which the contract has been signed but the transaction has not closed, are considered a leading indicator and generally precede existing-home sales by a month or two.

“In terms of the current housing cycle, we may be at or close to the bottom in contract signings,” NAR chief economist Lawrence Yun said in a press release. “This month’s very modest decline reflects the recent retreat in mortgage rates. Inventories are growing for homes in the upper price ranges, but limited supply at lower price points is hindering transaction activity.”

Housing affordability remains at record lows, NAR said. The monthly mortgage payment on a typical 30-year fixed-rate loan with a 20% down payment jumped to $1,944 in July, an increase of 54%, or $679, from a year ago.

“Home prices are still rising by double-digit percentages year-over-year, but annual price appreciation should moderate to the typical rate of 5% by the end of this year and into 2023,” Yun added. “With mortgage rates expected to stabilize near 6% alongside steady job creation, home sales should start to rise by early next year.”

Regionally, the West was the only region to see an increase in its sales index, with a 2.2% rise from June. The Northeast dipped 1.9%, while the Midwest slid 2.7%, and the South decreased 1.1%.